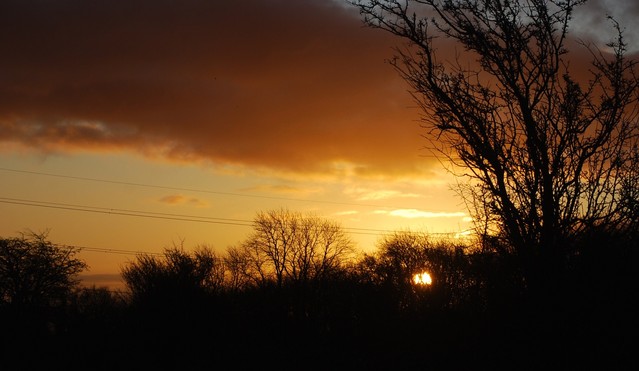 The first (shown above), which I photographed yesterday (10th December), was a typical December, “red dawn in the morning” type of sunrise, but which actually heralded a beautiful sunny day, the first half of which I spent with Tess at the Cotswold Water Park in North Wiltshire and the second half on Cleeve Common above Cheltenham in Gloucestershire. I snapped the second dawn image however (pictured below), the following day about an hour or two before taking my Daughter to school and then driving on to Herefordshire. As you can see, the sun was already beginning to burn away a blanket of fog which had appeared after a particularly clear and chilly night. Sadly however, it failed to produce the sunny blue skies of the previous day and, even as I type this caption after returning home later this afternoon, the temperature has failed to rise significantly, meaning that, for the first time this December, it’s actually starting to feel a little bit more like winter.