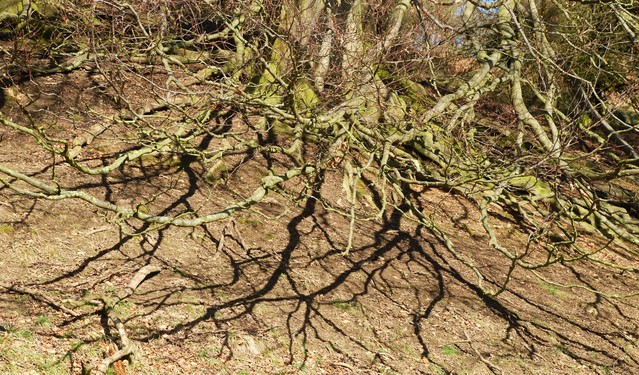 “Ring around the Moon, rain around the corner” is an age-old country saying that predicts predominantly wet weather for the next day or two. In fact, the halo effect is most commonly observed when it appears to be encircling a full Moon (as above) and is caused by Moonlight passing through a build-up of moisture suspended in the Earth’s atmosphere. Meanwhile, I more or less managed to capture the halo shown in the above photograph just after midnight on the 1st March using just my little Ricoh  pocket camera.

Though interestingly and despite the home-spun predictive philosophy, the following day turned out to be the sunniest and warmest so far in 2010.