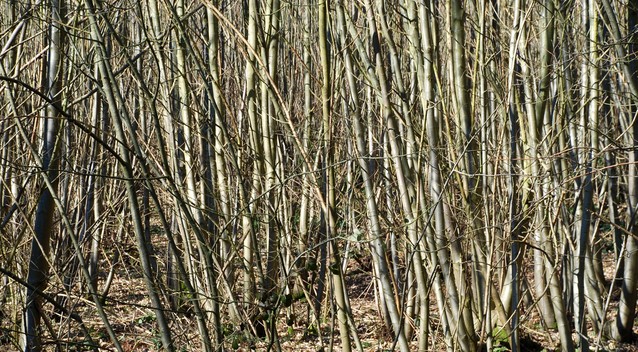 I know I’ve talked at incredibly boring length about Alders further below, but hey, what the Heck! Grey Alders are renowned for their strong suckering root systems that soon produce an attractive habitat for a wide variety of wildlife species, each seeking to take full advantage of the forest of dense, fast-growing stems that soon appear above ground. Alders in general meanwhile, are frequently used as an aid to reclaim otherwise unproductive landscapes with relatively infertile soils, such as those found beneath old rubbish dumps and former industrial sites. Alders are able to thrive in such places thanks to the ability of their root systems to “fix” nitrogen into the soil in much the same way as Clover, but because they tend to fix far more nitrogen into the soil than they need just for themselves, there is more than enough left over for many other tree and plant species to become established as well.

Alders will grow naturally just about anywhere the sun happens to shine, though they do tend to favour riverbanks (where their suckering root systems serve to bind the soil and help prevent erosion) or exceedingly waterlogged and marshy ground. These days, Grey Alder is often planted on motorway embankments to help bind the soil after it’s been built-up by bulldozers.

The wood of the Alder is generally considered to be of little value commercially, though it was once renowned for its durability and resistance to damp and used for things like the supporting frameworks of wooden-type river jettys. Interestingly, it was thousands of piles made from the trunks of Italian Alder trees that the city of Venice was built upon and it’s only now, after many hundreds of years, that they are beginning to fail.