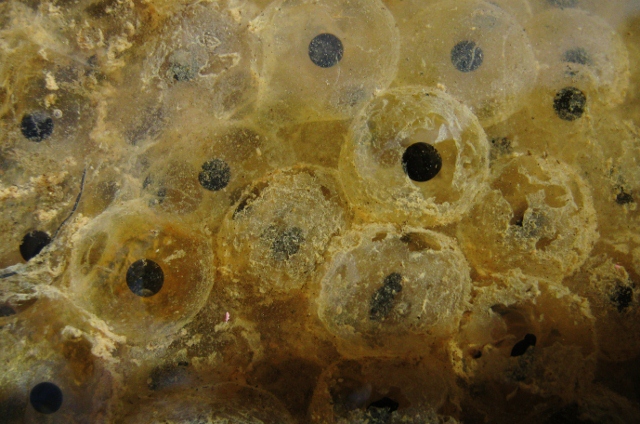 This is some of the not inconsiderable quantity of frog spawn that has appeared in my little wildlife garden pond during early March 2012. Meanwhile I’ve been rushing around all over Gloucestershire during past few days, transferring seemingly endless bucketfuls of both Frog and Toad spawn from (so far) eleven assorted large puddles and various sized natural ponds which, in normal years, are relatively full of water and which tend to remain so throughout the spring and well into the summer.

However, this year, a great many such spawning places appear to be drying out at an alarming rate (several have already dried out completely) and with the Met Office currently warning everyone that this year’s summer is destined to be the driest in the UK for nearly a hundred years, I decided to relocate as much as possible of the otherwise doomed spawn to a variety of what I hope will be significantly more secure, algae-rich ponds that will remain Frog and Toad friendly for at least the next couple of months or so.