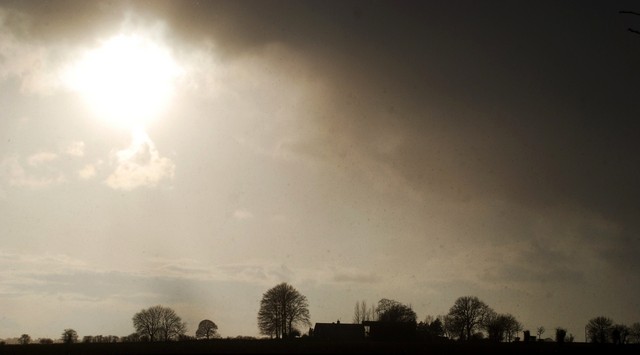 Weather forecasters had predicted localised snow showers for the 19th February, but I can’t believe that even they had anticipated just how “local” those showers would actually be, at least not up here in the Cotswolds. I took this picture just as one such shower proceeded to envelope a distant farm, but less than a minute later, the sun had taken refuge behind the mother of all black clouds and a veritable blizzard suddenly hammered into Maddy, Tess and me. Within Five minutes however, the “blizzard” had well and truly passed over, the sun shone in a clear sky once more and everything had returned to normal!